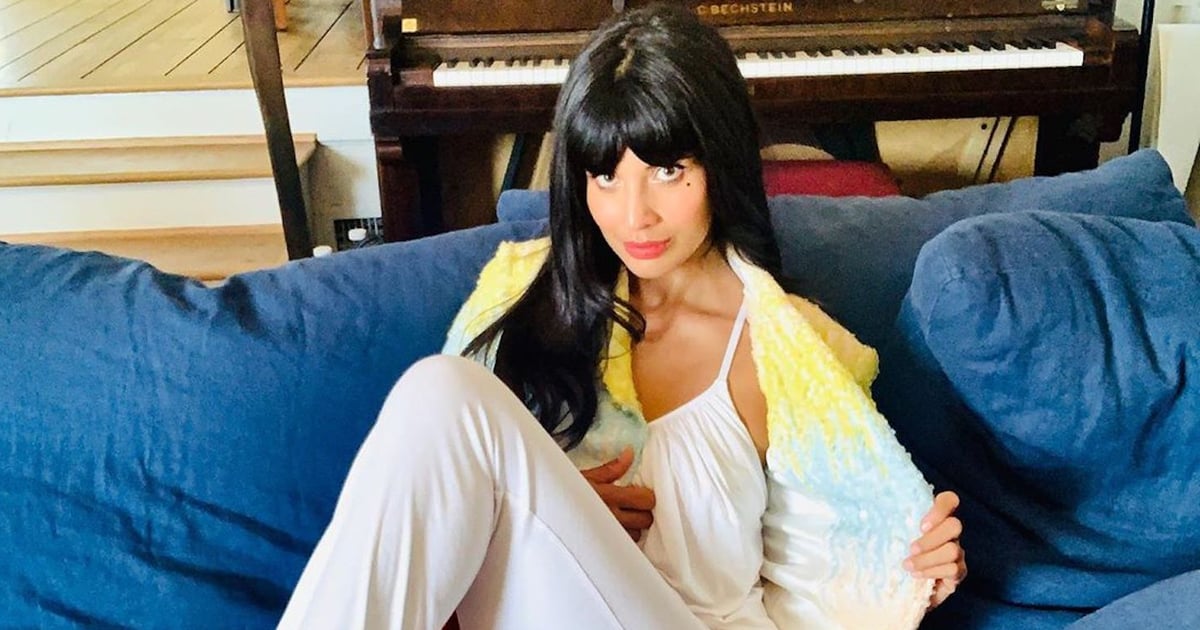 Jameela Jamil has the right idea about dressing up for the 2020 Emmy Awards. The actress posted a photo of her outfit ahead of the virtual award show wearing probably the most relatable outfit of the moment. While stars like Zendaya and Billy Porter are going all out with their looks for the show, Jameela took a more casual approach by posting a picture of herself chilling on the couch wearing a sequined Markarian robe dress left open to reveal white pajamas.

Jameela captioned the photo, “No bra? No heels? NO PROBLEM. Wearing PJ’s to the 72nd Emmy awards (from my house) is my kind of vibes. Excited to see if we win any of the 7 awards we have been nominated for!!!! I still did my make up and wore a sequin dressing gown, because… It’s what Tahani would have wanted. And this is her day, not mine.” Talk about being relatable! She definitely wins the outfit of the night in my book….